Save Money! Buy Somalian Groceries From:

Save Money! Buy Somalian Groceries From:

Somali food has been influenced by  English, French and Italian cuisines. As most Somalis are  Muslims they do not use pork and don't drink alcohol. Common foods in Somalia include a type of homemade bread called Anjara (it looks like a large, spongy pancake) and Sambusas, which are deep-fried triangular-shaped dumplings usually filled with meat or vegetables.

Meat, including liver, from sheep and goats  is popular, but meat is usually served only a few times a month, usually on special occasions. These dishes of meat and chicken dishes are called "bariis", often served with basmati rice that has been flavored with cardamom and cinnamon. Despite Somalia's long coastline, fish consumption traditionally has been limited to coastal towns. Milk from camels, goats, and cows  is a major food for Somali herdsmen and nomadic families.

Lentils and chick peas are major ingredients in many vegetarian meals. When cooked they  can be eaten as salads, seasoned with chilies and ginger. Dried legumes are ground into flour and used as the base for vegetarian fritters. Boiled millet and rice are staples.

The most popular bread is muufo, flat bread made from ground corn flour. Somalis season their food with butter and ghee, the clear liquid skimmed from melted butter. They also sweeten their food with sugar, sorghum, or honey

Breakfast is an important meal for starting the day often beginning with some style of tea. People usually begin the day with a flat bread called "canjero" and either cereal or porridge made of millet or cornmeal.

Midday meal is often an elaborated main and the largest, consists of  spiced  rice or noodles (pasta became very popular under Italian rule, particularly in the South) with sauce and perhaps meat.

Dinner, the evening meal is very light and is served as late as 9 pm. During Ramadan, supper-time often follows prayers, sometimes as late as 11 pm and might include beans, muffo (patties made of oats or corn) or a salad with more bread "canjero".

Spiced tea is very popular, but sheep, goat and camel's milk are also common drinks. Before sleeping, a glass of milk spiced with cardamom is often consumed.

This introduction has been sourced from the following sites:  Please visit them for more information.

Countries and their Cultures 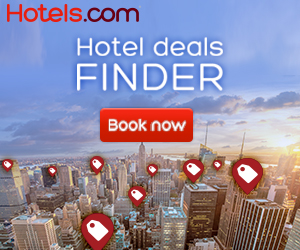