Save Time! Save Money! Buy Filipino Groceries From:

Save Time! Save Money! Buy Filipino Groceries From: An explanation of Pinoy Food

An explanation of Pinoy Food 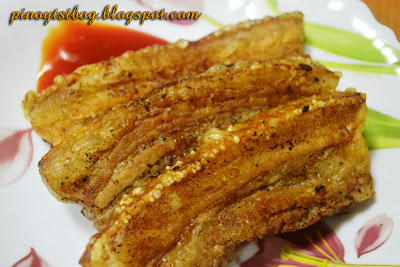 Filipino cuisine is a variation of different foreign cuisines mainly from the countries that colonized Philippines...Read More

Authentic Recipes from the Philippines

From Our Table to Yours

Filipino food originated from the Malayo-Polynesian inhabitants. The country’s cuisine was then based on root crops, game, vegetables and seafood. The food is now a unique blend of Eastern and Western food, drawing from Spanish, Chinese and Malay recipes. Spanish ways of cooking were adopted over three centuries of Spanish rule. Perhaps the most important method contribution from traditional Spanish cuisine was making savory marinades to flavor dishes.

Filipino food is distinguished by sweet, sour and salty flavors. Food in the Philippines relies heavily on local ingredients used by the original inhabitants including coconut, hot chilies and mango.  Early Chinese colonists introduced noodles and bean curds to the islands which are still widely served across the Philippines today.

Filipinos use rice as a foundation for most dishes. Fresh seafood is another staple as it is readily available. Vegetables are also an intrinsic part of many recipes, and are used more often than meat, which is more expensive. Coconut milk is used to cook meat and veggie dishes.

Filipino desserts use local products with an emphasis on coconut and have adapted many Spanish recipes to make such popular treats as leche (milk) flan.

This inroduction has been sourced from the following sites: Please visit them for more information.

Best Cooking Classes and Travel tours in Philippiners from Viator