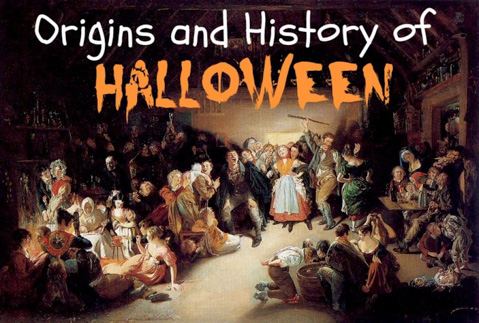 Halloween is a secular (non-religious) holiday combining vestiges of traditional harvest festival celebrations with customs more peculiar to the occasion such as costume wearing,trick-or-treating, pranksterism, and decorative imagery based on the changing of the seasons, death, and the supernatural. It takes place on October 31.

Though it was regarded up until the last few decades of the 20th century as primarily a children's holiday, in more recent years activities such as costume parties, themed decorations, and even trick-or-treating have grown increasingly popular with adults as well, making Halloween a celebration for all ages.

What does the name 'Halloween' mean?

The name Halloween (originally spelledHallowe'en) is a contraction of All Hallows Even, meaning the day before All Hallows Day (better known today as All Saints Day), a Catholic holiday commemorating Christian saints and martyrs observed since the early Middle Ages on November 1.

How and when did Halloween originate?

According to the best available evidence, Halloween originated as a Catholic vigil observed on the eve of All Saints Day, November 1, in the early Middle Ages.

It has become commonplace to trace its roots even further back in time to a pagan festival of ancient Ireland known as Samhain(pronounced sow'-en or sow'-een), about which little is actually known. The prehistoric observance is said to have marked the end of summer and the onset of winter, and was celebrated with feasting, bonfires, sacrificial offerings, and homage to the dead.

This has been sourced from URBAN LEGENDS. Visit their site for more information.