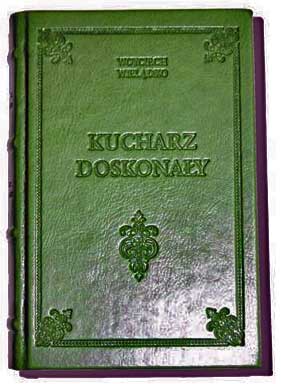 Polish cuisine from the Middle Ages to the 19th century

The Polish cuisine in the Middle Ages was based on dishes made of agricultural produce (millet, rye, wheat), meats of wild and farm animals and fruits, herbs and local spices. It was known above all from abundant salt using and permanent presence of groats. A high calorific value of dishes and drinking the beer as a basic drink (unlike the wine spread in south and west Europe) was typical of Middle Ages Polish cuisine. A beer and a mead were most popular drink for a lot of time, but with time an expensive wine, imported mainly from Silesia and Hungary appeared.

Medieval chronicles describe Polish cuisine as very pungent, using large amounts of the meat and groats. Indeed, medieval Polish cuisine applied prodigious seasonings amounts (when compared with other countries of Europe), mainly pepper, nutmeg and juniper. Thanks to close trade relations between Poland and countries of the Orient, prices of spices were lower in Poland than in many other countries. Up to today's times mentions of aromatic, dense and very spicy Polish sauces behaved ('jucha szara' and 'jucha czerwona', nowadays unknown). Apart from that balm, the turnip and pea were common. What's interesting in the Middle Ages flatware wasn't used at all.

Influence of geographical and political factors on the Polish cuisine

Geographical and political factors had a strong influence on Polish cuisine. Country is located in a climatic zone with cool and barren winters. From that reason in traditional Polish meals vegetables, fruits and fish which can be easily preserved and stored for 3–4 months period played the great role (pea, the broad bean, kohlrabi, or the turnip). The food was preserved above all with readily available fossil salt and usually with drying, pickling or slight fermentation. After implementation of cooling and tinned technologies in the 20th century salting, drying and pickling were kept in the Polish cuisine by the account of historic habits and from the will of keeping traditional tastes – impossible to obtain with those new, technological ways.

Other geographical facet – large areas of forests – had to influence Polish diet and recipes. Sylvan fruits (wild strawberries, blueberries, currants, raspberries, wild black raspberries and others) have always been popular and so they are today. The Polish cuisine has an interesting wild mushrooms table d'hôte. It seems to be unique since wild, edible mushrooms are completely undervalued in Western Europe. On the other hand the game constituted a delicacy for the Polish gentry from always. Today however, the tradition of hunts seems to be in the disappearance.

Poland repeatedly in history lost the access it the Baltic Sea because of wars. For this reason the Polish cuisine is dominated by freshwater fishes. Amongst saltwater fishes once herring enjoyed the greatest popularity. Today – beside herring – fish like codfish, dory pollack, sprat and sole play the special role on the Polish table.

Until the partitions of Poland, the country was one of the biggest countries in Europe. As a consequence some features of cuisines of other nations – living within the limits of Polish Republic those times – permeated to Polish cuisine. Therefore many Poles say that their national cooking is a blend of influences – besides own ideas, over the centuries polish cuisine collected what best at the culinary tradition of neighboring countries and nations. Historical period of partition of Poland, which lasted 123 years, also affected the shape of some Polish dishes and introduced some new ones – coming from German and Austro-Hungarian cousines.

Implementing the Christianity in Poland in year 996 had a significant influence on the diet. Fasts were extorted both through the clergy, as well as the secular authority. An example is King Bolesław I the Brave (967-1025) who ordered to knock out teeth of those, who didn't refrain oneself from eating the meat in fast days. Customs in the Middle Ages were much more restrictive than in our times indeed. Eating not only meats, but also eggs and dairy products was forbidden. Was it a big problem? we ask ourselves. Well, the bad news is that the Lent all the way to 1248 yr lasted as many as nine weeks in Poland! Fast restrictions were in effect also on Fridays, holidays eves and additionally three times for the quarter in so-called 'dry days'. Nowadays the tradition of the fast is cultivated ruthlessly into the Christmas Eve, and in some Polish families also on Fridays. Watching the situation from the historicacl perspective - the Roman Catholic Church by enforcing fasts is responsible for spreading of eating fish and rising vegetarian traditional dishes. Many other dishes are found in two tins: normal meat and meatless. All that with the unquestionable benefit to the health.

Feasts have usually been connected with holidays, family celebrations or entertaining respected guests. They were extremely lavish in case of monarchal manor houses, peculiarly when the feast had a political clout. According to chronicler Jan Dlugosz number of dishes on the table of King Jagiello reached one hundred during exceptionally grand feasts. Oftentimes stories of storytellers, singing and music accompanied feasts. Less impressively magnates, as well as a burgesses or peasants revelled.

During feasts a tableware was an important attribute. Even on prince's manor houses they usually used clay and wooden dishes. For a special feasts a tin, silver or gold tableware was kept. With time such exclusive tableware appeared also among lower social layers, of what bourgeois wills from the 15th century are an evidence. Not excessively wealthy people were in possession of silver mugs and spoons, tin plates, or decorative bowlfuls. Embroidered tablecloths were present from time to time even in homes of peasants.

This article has been provided with the kind permission of  Tasting Poland. Please visit their site for more information on Polish food and see their extensive selection of recipes.